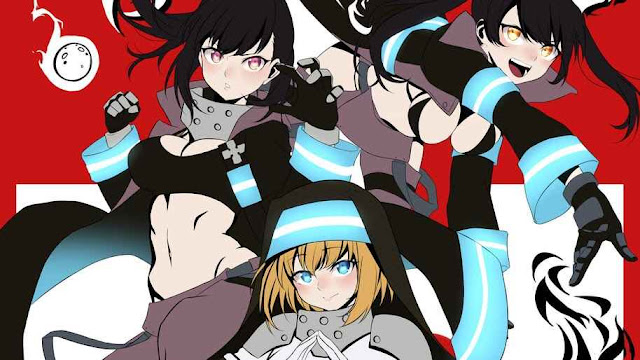 Enen no Shobotai or also known as Fire Force is a manga work written and illustrated by Japanese manga artist Atsushi Ōkubo. Fire Force (Enen no Shobotai) Announce Second Ending Song! This manga series has finally been adapted into an anime produced by David Production. Anime Fire Force was released for the first time in Japan on July 5, 2019 and is planned to air until the next 24 episodes. Not only that, this anime has premiered on Toonami on July 27, 2019. Funimation and Crunchyroll as usual will stream the anime when it airs in Japan. In addition, recently the official Fire Force anime website began announcing its second latest ending song on Friday (11/10/2019) along with a 1:33 minute promotional video, along with the video: As seen in the promotional video, Song The ending of Fire Force will be performed by a musical group called Lenny Code Fiction with a song titled \ Nо ̄nai \ (Inside the Brain). In addition to the Ending song, previously the Fire Force official website has also revealed and announced the latest second opening song from the Fire Force anime along with a 1:17 promotional video, along with the video: The second opening song for the Fire Force anime will be performed by Coldrain Featuring Ryo from Crystal Lake with a song called \ Mayday \. The opening and second ending songs will debut on the 15th episode. Previously, the first Opening Fire Force song was performed by Mrs. Green Apple with a song entitled \ Inferno \, while the first ending song was performed by Keina Suda with a song entitled \ Veil \. During his first debut, the two opening and ending songs immediately received a positive response from fans. Besides the song is nice to hear, the song is also quite emotional and thrilling for those who listen to it. Source: Fire Force official website