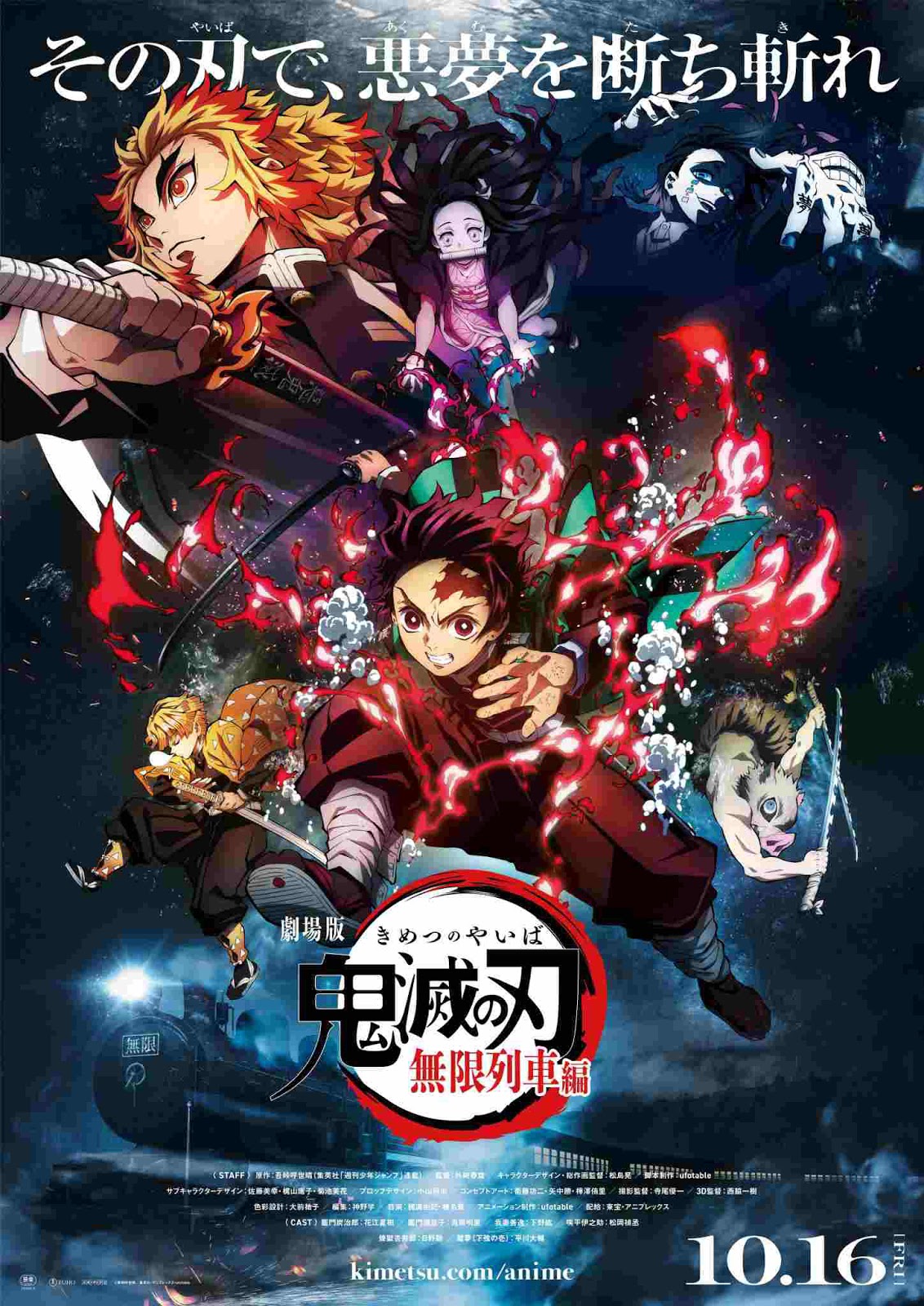 On Saturday (9/5/2020) the Odex Private Limited fanpage including Odex Indonesia announced quite surprising information for fans of the Kimetsu no Yaiba anime. Based on the information, the anime film Kimetsu no Yaiba the Movie: Mugen Train or also known as Kimetsu no Yaiba the Movie: Ressha-hen was announced to be broadcast in Indonesian theaters. Even so, unfortunately, the release date for the screening in Indonesian theaters has not been announced and is still in the status of \ Coming Soon \. The plan is that Odex Private Limited will screen this anime film in several other Asian countries such as: Indonesia Singapore Malaysia Philippines Vietnam Myanmar Brunei Kimetsu no Yaiba the Movie: Mugen Train is planned to be shown in Japanese theaters on 16 October 2020. The main staff member of the anime Kimetsu no Yaiba Season 1 will return for the movie sequel. TOHO and Aniplex handle film distribution. The staff working on the Kimetsu no Yaiba the Movie project include: Haruo Sotozaki as director at Ufotable. Ufotable is also credited for the script. Akira Matsushima as character designer with Miyuki Satō, Yōko Kajiyama, and Mika Kikuchi serving as sub-character designers. Yuki Kajiura and Gō Shiina composing the music. Hikaru Kondo is producing the series. The voice actors in the Season 1 anime also return to voice the movie sequels which include: Natsuki Hanae as Tanjirō Kamado Akari Kitō as Nezuko Kamado Hiro Shimono as Zenitsu Agatsuma Yoshitsugu Matsuoka as Inosuke Hashibira Daisuke Hirakawa as Enmu Satoshi Hino as Kyōjurō Rengoku Source: Odex Private Limited , Odex Indonesia