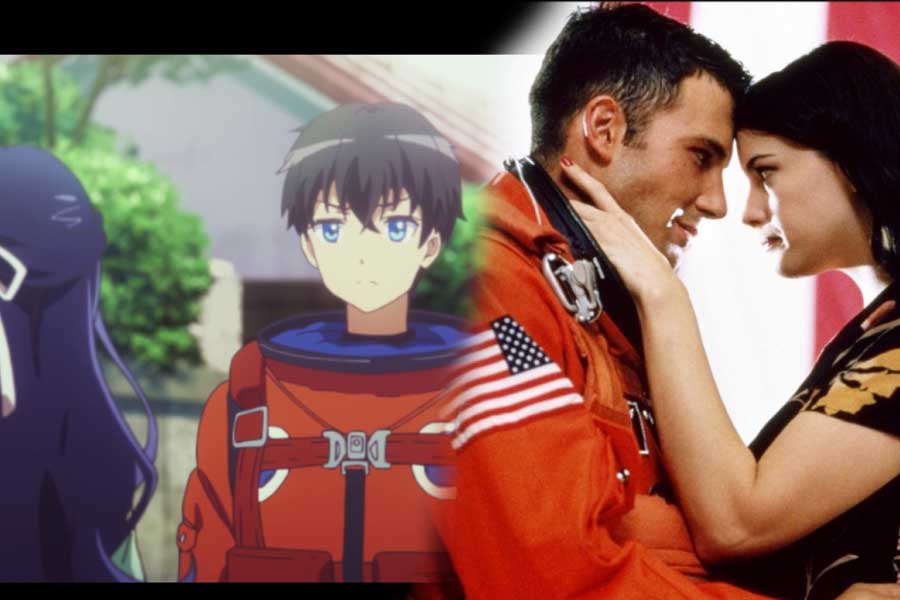 The Day I Became a God or also known as Kamisama ni Natta Hi is a fall 2020 anime series produced by PA Work. This anime story was written by Jun Maeda, a person who is famous for his previous works including Charlotte and Angel Beats! Anime The Day I Became a God (Kamisama ni Natta Hi), this anime is proven to present a quite refreshing storyline and comedy. In addition, in episode 2, there are also several scenes that were inspired by three famous films. The three famous films include: Also read: What is the First, Second, Third, Fourth Generation in Fire Force (Enen no Shouboutai)? 1. Armageddon In the anime The Day Became a God episode 2, Sora Narukami is told to have the task of making a film during summer vacation, therefore, he needs his brother to help him. While helping his younger brother, Youta uses this excuse to approach Izanami according to Hina Satou's advice. (Odin). In the filming of the script made by Hina Satou, especially the first scene, Youta is shown acting as the main character. Interestingly, it turns out that the scene was inspired by the film Armageddon with a refreshing comedy touch where Izanami didn't seem to know that they were acting and simply answered. Meanwhile, Sora is very happy with the results, even though her brother forbids her to be further worked on or collected. 2. Rocky After showing off a scene inspired by the film Armageddon, this anime again shows a scene whose story is inspired by the movie Rocky. Youta is shown acting, he collides with his friend while his father acts as a referee. Still as an innocent girl, Izanami appears like he doesn't know what they're doing. Like the first scene which was considered a failure, the second scene also failed where Izanami answered all of the acting with the answer as it is. On the other hand, Sora was again happy with the results obtained from taking the second video scene this time. Even so, again her brother still forbid him to be worked on further or collected because his brother was embarrassed by the scene that was taken. 3. Edward Scissorhands After both scenes failed, Hina again suggested another thing where Youta was dressed as a person wearing a unique costume. Hina reveals that Youta will act as an artificial human in the next scene. Seeing her brother in that costume, Sora is shown to be very happy and amazed. If you look closely, the costume is inspired by the famous film titled Edward Scissorhands. However, just like the first and second scenes, the third scene also failed to make Youta closer to Izanami. The difference is, the third scene fails faster than the first and second scenes. Those are the three films that inspired the anime series The Day I Became a God (Kamisama ni Natta Hi). Also read: Total Episode Anime Kami-sama ni Natta Hi (The Day I Became a God) Announced