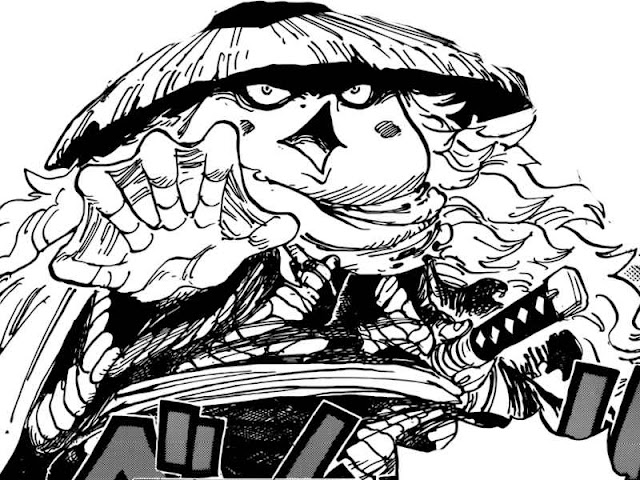 After waiting for a long time and being shrouded in mystery, finally the face of the Kappa a.k.a Kawamatsu has been revealed in the latest chapter of One Piece, One Piece chapter 948, the Manga Scans version which was released on Friday (5/7/2019). Kawamatsu the Kappa is a samurai from Wano Country, he is also a part of Kozuki Oden's Nine Red Scabbards (Nine Red Scabbards). Kawamatsu is first shown in One Piece chapter 920 as a prisoner at the Udon Mining Prison, Wano. In One Piece Chapter 948, now fans can finally see his face. Here is the appearance of Kawamatsu: Kawamatsu's face in One Piece is Revealed! Really Unexpected! - One Piece Chapter 948 As can be seen and we can conclude from his nickname, he is very similar to Japanese mythology, Kappa, the difference is in his head, especially the hair. Kappa or more especially Kawamatsu in One piece is shown to have very long hair as seen drawn above. This is slightly different from the Japanese mythology which shows the kappa which appears to have a little hair on the edges and bald in the middle. Even though he has long hair, it is possible that Kawamatsu is also bald in the middle, therefore he wears a peasant-style head covering / hat. Kawamatsu's nicknames in Wano are 'Kawamatsu the Yokozuna' and 'The Strongest Wrestler in the Country'. Kawamatsu's own sword is called 'Soto Mosou'