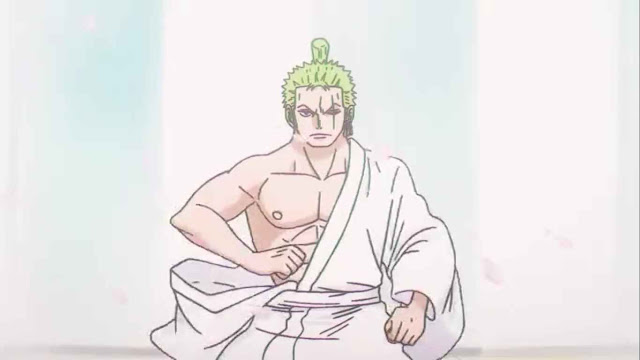 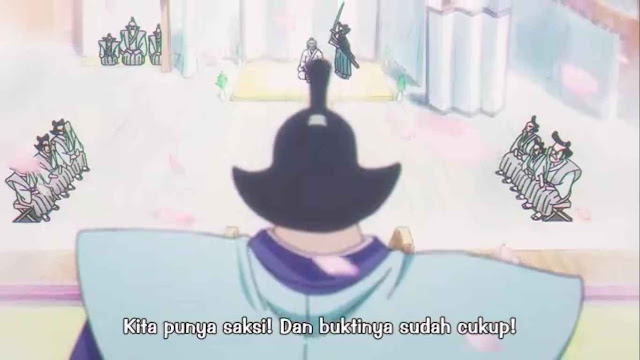 Oh My! One Piece Anime Episode 892 Something Went Wrong ?!

One Piece Episode 892 was released last week (7/7/2019) with a new opening brought by Hiroshi Kiadani. Hiroshi Kitadani performed the opening song (OST Opening) entitled 'Over the Top'. In the opening video, many characters were shown for the next story. Although it seems very spoiler because it displays a lot of information that should be kept secret from anime viewers, the opening still received great enthusiasm from fans. Wano's story itself opened with the disguise of a group of straw hat pirates such as Roronoa Zoro under the guise of Zorojurou, Usopp under the pseudonym Usohachi, Franky under the pseudonym Franosuke and Robin under the guise of O-Robi. Zoro (Zorojurou) is also shown being arrested, he is accused of murder, even though he was not the culprit, but still Zoro received a punishment in the form of Seppuku. While doing Seppuku, Anime One Piece Episode 892 made a mistake. This can be seen at 18:23, at that minute Zoro looks like he has taken off his shirt to do Seppuku, Zorojurou - One Piece 892 but at 18:37, Zoro is seen still wearing his shirt. Zorojurou - One Piece 892 Although some fans do not realize it, however, here the glitch is very striking.